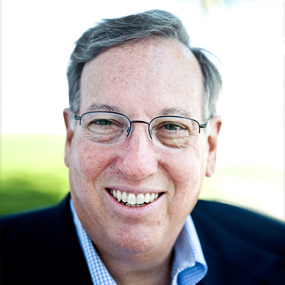 Congratulations to Steve Adler, our fearless team leader, on being selected as an inductee into the RV/MH Hall of Fame.  Steve deserves this honor more than anyone.  We all know Steve drives fast and furious for our company, our team, our partners, our industry, our residents and so much more; all the while, taking the time to cheer everyone on in their own personal successes.  We are all proud to be part of the Murex Team!  Cheers to you, Steve Adler!

The RV/MH Hall of Fame issued a press release announcing its Class of 2020 inductees. The list includes five inductees from the manufactured housing industry and five from the RV industry.

FMHA Executive Committee member and Membership Chairman, Steve Adler, will be among the inductees in 2020. Nominated by FMHA’s Executive Director Jim Ayotte, Steve currently holds the position of President and Owner of Murex Properties, LLC. Prior to his current position at Murex Properties, Steve was a Senior Vice-President with Sun Communities and also served as President and CEO of Forest Communities. Form 1986 – 1999, he was the Director of Operations and eventually President of Uniprop. Steve currently serves on MHI’s Board of Directors and National Communities Coucil. All told, Steve has been actively involved in the Manufactured Housing industry for over 40 years.

From the MH Inductee list on the RV/MH Hall of Fame Press Release:

Community owner/operator Steven P. Adler is president and owner of Murex Properties, LLC. that owns and manages 15 communities in Arizona, Florida, Oregon and Texas. Steve has selflessly promoted the advancement of manufactured housing communities as an active member and leader of the Manufactured Housing Institute (MHI) and the Florida Manufactured Housing Association (FMHA). He has spent a career developing, acquiring and managing some of the finest manufactured home communities in the country. While these accomplishments exemplify Steve’s entrepreneurial spirit, business acumen, and industry leadership, they do not tell the story of Steve Adler. Steve has been a staunch industry advocate for over three decades. While Steve has served in numerous leadership positions at MHI and the Florida Manufactured Housing Association, it is how he served (and continues to serve) that defines him. Steve is a doer, a leader, not just a participant. Steve’s hand-prints are on most initiatives that have advanced the professionalism of manufactured home communities.